Well fans I thought I would pass on writing about the new rule changes handed down this week by Mr. France, I figure everybody is beating that dead horse, so I won’t.  But I will say I think the introduction to heat race’s is very exciting.  It might bring that hometown local track feeling into the mix and keep you on the edge of your seats a little longer.  But I will say I don’t like the caution clock idea, not yet anyway.  All I hear from people are the screams of the dreaded “invisible cautions ” NASCAR seems to throw, and this will only make it worse.  But I also remember the first time I heard about the Chase format I thought it would never work, and now I love it.

I’m writing about the drivers that find themselves out of work this year. Names like Vickers, Ragan, Gilliland and as of this morning Alex Bowman. 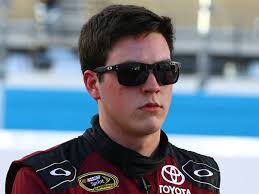 Alex found out, I’m hearing about his employment status via social media, which is not very nice on TBR’s behalf, but never the less they are going with Reagan Smith this year in the 7 car.  Now Alex has a 9 race deal in the IXFINITY series driving for JR. MOTORSPORTS, so that helps but it’s not a full Cup season ride.  I hear all the time that the drivers are all”millionaires” but it still must be devastating for them to be looking from the outside of the garage area fence. Yes most have the huge homes on Lake Norman, the car collections, the planes, but with all that comes the steady flow of cash to keep them.

Now most of the Cup superstars need not to worry about their finances, it’s just the drivers that seem to be near the tail of the field that have this burden. I remember reading when Jerry Nadeau had his career ending crash, that he had to sell the big home and scale down. 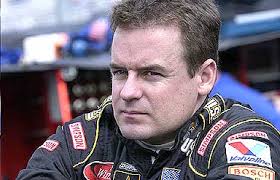 Now I have to think that that wasn’t a very easy or pleasant thing to do, but he did what he had to do. I know if I all of a sudden had no pay coming in, I would have to do the same thing. I hope these drivers are able to land some rides for this coming year but time is against them with the start of the season right around the corner.  Like the saying goes “things always happen for a reason” I’m just not sure they have the time to wait.  Is it the end of the world, no, but the days have been brighter for these drivers.