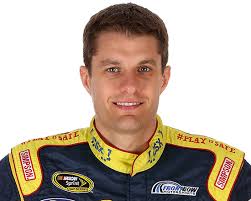 Funny how things work out, I previously wrote about the changes drivers have to make when they all of a sudden lose their ride and that oh so big pay check that comes with it.  David Ragan, David Gilliland, and Alex Bowman, as well as Brian Vickers and others are in this boat.  But announced this week, that David Ragan landed a seat for this upcoming season with the BK Racing team.  He will be driving the #23 Toyota carrying DR Pepper sponosorship.

“I’m happy to be a part of something that has so much growth potential” Ragan said in a team release.  So as David get’s familiar with his new team, another driver now finds himself out of work.  Jeb Burton drove the #23 last season and announced on his Twitter page that he’s working on an exciting opportunity for 2016. So chalk one up for the good guy’s as David finds himself behind the wheel once again for 2016.