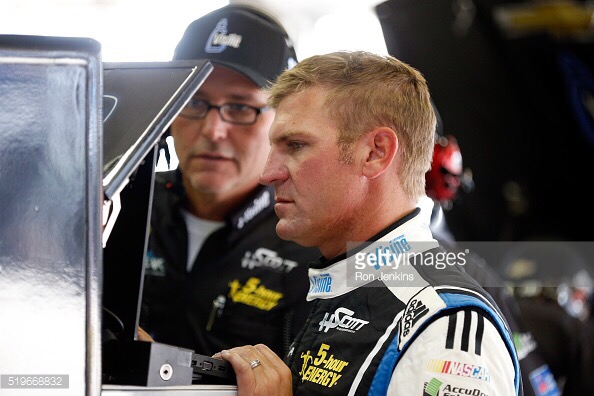 So Clint Bowyer is frustrated with his temporary teams performance and lack of preparation again for this weekends race. Yes I’m sure it’s very frustrating but what did he think it would be like.
He has been very fortunate to drive for premium teams and while he fills the seat for H Scott Motorsports for this year he’s been very vocal, and not in a good way.

He’s heard on his in car radio telling them how brutal they are as a team, and how terrible they are at preparing the car and they should just load it up and go home. How does this help, berating them  only brings more negativity to this team.

Here’s a thought, they already know where they stand as far as all the teams in the garage. They don’t need to work their hardest all week to be yelled at saying they are no good.

Maybe they expected a driver that would have helped them this year and to be more realistic in their overall performance on the track, I know that I did. 🏁